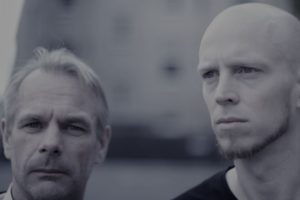 The Berlin based duo has its roots in electro-acoustic dance music as well as in stoner and kraut-rock. With the Huellkurve project, Arne Janz and Kay-Uwe von Kiedrowski give an ethos to their shared fascination for synthesisers. They are constantly on a sonic voyage, producing new sounds and tracks they then use as a frameworks for their live sets – arranging them differently and changing them on the fly. Stylistically, they move somewhere between techno and electro, mixed with trance and house elements, flavoured with a pinch of acid. In 2019 they independently released their debut 12″ EP ‘huellkurve’ and became co-founders of the Berlin collective Sonic Ground. Since then, they have been performing live as well as organising events and synth workshops at Berlin locations like Griessmuehle and Arcaoda.